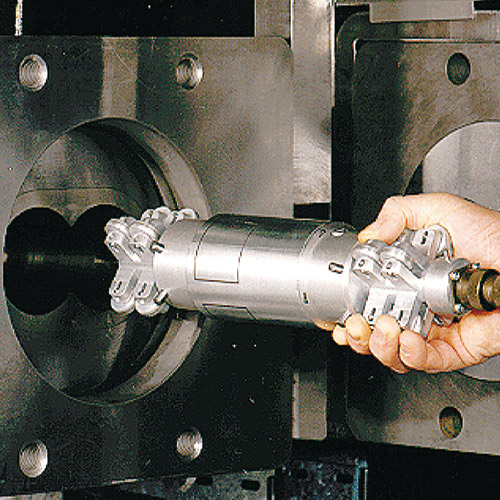 The idiamCONTROL system has been developed for checking the wear of extruder bores. The measuring cylinder is inserted in the case bore and pushed as far as the upper end. During retraction of the cylinder, several capacitive sensors measure the case diameter on several tracks. Specially for double worm extruders, the measuring cylinder has two metal pins which run along the saddle of both bores and in this way prevent rotation of the cylinder.