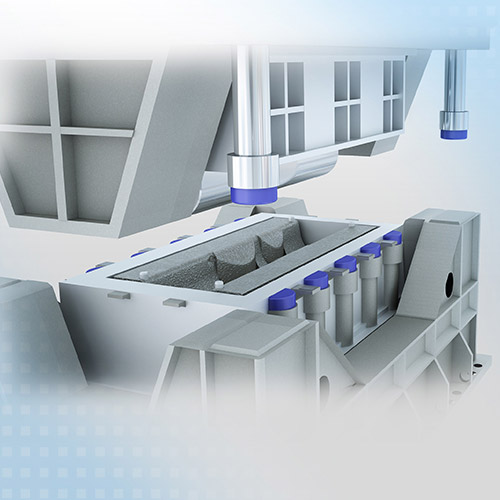 The measurement of the distortion is carried out using several optoNCDT 1420 laser triangulation sensors, which are placed around the metal sheet, either in the tool or on the side of the tool. The arrangement is chosen in such a way that the laser beam measures on the edges of the sheet, which is between the top and bottom of the tool. Due to the extremely small measurement spot size, the laser is therefore able to measure extremely small gaps between the two tool parts of less than one millimeter.

The measured values are transmitted via analog or digitally to the controller. They allow a conclusion to be drawn on how much material has flowed. This enables, for example, the pressing force to be controlled
during the ongoing process, reducing waste, material consumption, downtime and costs.